A large number of candidates were waiting for SSC CHSL Recruitment Notification 2016. The candidates who are preparing for SSC CHSL Exam 2016 need to check the latest SSC CHSL Exam Syllabus and Exam Pattern so that they can prepare a better and neat time table by covering all the topics as per official syllabus and pattern. It would enable you to keep a tab on the subjects that you are required to study for the exam.

As you know that lakhs of candidates will apply for this Recruitment, the competition level will be very high. If you don’t prepare well, it is too difficult to get selection in SSC CHSL Exam. So you have to be aware Syllabus & Exam Pattern. So here we are going to update the Latest and Complete Syllabus and Exam Pattern of SSC CHSL 2016.

The Tier-I paper will be objective type. There will be 100 questions for which Candidates will get 75 minutes. Questions will be based on following topics: 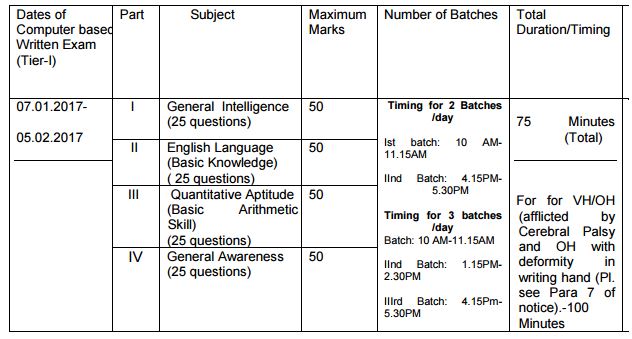 Geometry: Triangle and its various kinds of centres, Congruence and similarity of triangles, Circle and its chords, tangents, angles subtended by chords of a circle, common tangents to two or more circles.

NOTE: For Visually Handicapped candidates of 40% and above visual disability and opting for SCRIBES there will be no questions of Maps/Graphs/Diagrams/Statistical Data. 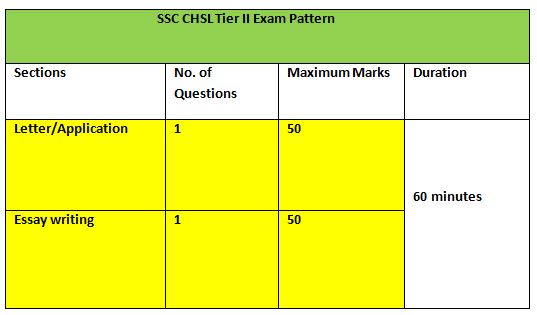 Order of the Section of Exam but you can start from any section:

Note: Minimum Qualifying Marks in this exam is 33%. Marks of this exam will be calculated in preparing the final list of qualified students.

Q1.Write a letter in 200 words to Sports Secretary, Department of Sports, Government of India, giving your assessment about the  performance of India in Rio Olympic games and suggestion on how can improve in next Olympic games.

Note: The candidates who clear Descriptive Test will be called to attempt the skill test & Typing Test.

Skill Test (DEST) Pattern: It is of QUALIFYING nature. Candidates should possess Data Entry Speed of 8,000 key depressions per hour on computer. They will be given printed matter in English which they have to type on computer. The test is of 15 minutes and candidates should have a minimum speed of 2000-2200 strokes/key-depressions in order to qualify. Also typing speed of MS office will also be tested.

Typing Test will be conducted only in English or Hindi and candidates while applying for the Examination will have to indicate his/her choice/option for Typing Test Medium in the Application Form.